I took several days off of work with some friends last week, which threw off my Bistro MD schedule a little. Since I wasn’t sure if I’d be around, I suspended my food deliveries for a week, which was done easily and in minutes with a simple phone call. While spending time with my friends, I didn’t always (*cough* ever) eat Bistro MD meals when I could eat with them, so I was able to continue eating meals from my 2nd week into my 3rd week. As such, I may not have actually eaten all the meals/snacks on the specified days, but I’m organizing them the way Bistro MD had them listed.

Breakfast: Buckwheat Pancakes with Bacon and Fruit Compote – The pancakes were awesome! I just threw them into the toaster and they heated up perfectly. They weren’t tough or rubbery and had a lovely hint of fruitness. The fruit compote tasted sour at first but I ended up dipping my pancakes into it and thought it tasted pretty good that way. Once again, the Canadian Bacon was a little tough, but I’m thinking that’s just the norm at this point. Rating: 4

Lunch: Cheese Tortellini – This was very similar to last week’s Cheese Ravioli except with different veggies. I wish they gave me more than the one carrot you see. Some of the tortellini cooked up a little tough, but all of the ones hidden under the sauce were perfect. Rating:3.5 Dinner: Pork Tenderloin with Papaya Sauce – At first glance, I was worried because the sauce looked very similar to the sauce from the Caribbean Mahi Mahi. Fortunately, the sauce tasted pretty good. I wish they’d given me more sauce because I really wanted to soak each piece of pork in it. Rating:4 AM Snack: Proticcino Shake – I didn’t drink this yet.

PM Snack: Lemon Garlic Protein Chips – These weren’t too bad. They had tons of flavor (verging on too strong) but satisfied the craving nicely. Rating:3

Breakfast: French Toast with Peaches – This one actually had the label right. It also comes with a veggie patty (which I love) and some sugar-free Smuckers syrup. I only thought this was OK. I didn’t finish the whole thing, but I did eat the entire veggie patty. Rating:2

Lunch: Chicken Teriyaki – I was looking forward to this so much, but I think my expectations were too high. The meals was just “fine.” Rating:3

Dinner: Stuffed Chicken with Broccoli – I haven’t eaten this meal eat but we can expect from my previous review for it to have a similar rating. But since you’ll see in Day 3 my rating for the same meal changed, I’ll leave this unrated.

AM Snack: Crisp N Crunch Fudge Bar – I love eating these because it helps get me the sweetness I crave sometimes. As was the case with their other chocolate snack, I wish the chocolate was sweeter. Rating:3

PM Snack: Sour Cream and Onion Crunch O’s – I haven’t eaten these yet.

Breakfast: Cinnamon Sweet Potato Pancakes – This is another one  meals I haven’t eaten yet so I can’t give it a rating.

Lunch: Spinach Turkey Meatloaf – Again? I just had this a few days ago. I could only bring myself to eat half of it. This time it was a little worse than last weeks because a lot of my cauliflower look burnt (pieces were brown.) Rating:2

Dinner: BBQ Pork – I was pleasantly surprised with this one. I think they use the same BBQ sauce on the pork as with the BBQ chicken, so it’s a tad strong, but still good. Rating: 3.5

AM Snack: Chocolate Shake – My friends thought I was very brave to drink this shake. I was pleasantly surprised by the chocolate flavor. I drank the whole thing easily. Definitely best served cold. Rating: 4

PM Snack: Honey Almond Cookie Bites – These were delicious! They seemed more like sweet Triscuit crackers than cookies, but I loved the subtle sweetness and nuttiness. This snack was eaten very quickly. Rating: 4

Breakfast: Omelet with Veggie Patty – This is another meal that is a repeat from week 1. Once again, the veggie patty is my favorite part. Rating: 3.5

Lunch: Turkey – The turkey was fine and the winter veggies were OK. The broccoli souffle just totally threw me off. It tasted like pure pureed broccoli. Rating: 2.5

Dinner: Chicken Cordon Blue – I was impressed by how delicious this was. The cheese and the bacon flavors were readily apparent and blended perfectly with the chicken. The only reason this doesn’t get a 5 is because even after boiling for over 11 minutes, the chicken wasn’t heated all the way through. Rating: 4.5 AM Snack: Crisp N Crunch Bar – This gets the same rating as Week 1 since it tastes the same. Rating: 2

PM Snack: BBQ Soy Snack – Lots of BBQ stuff for Day 3. I’m not the hugest BBQ chips fan and these tasted just like BBQ chips. They were spicy and had tons of flavor. Rating: 3

Breakfast: Stuffed French Toast with Veggie Patty – This wasn’t bad. I kind of wish the vanilla/cinnamon cream cheese was a touch sweeter, but then I do have a sweet tooth. Also, the veggie patty was wonderful (as usual). I think Sweet Potatoes for breakfast is kind of odd, and it’s harder since I’m not the hugest sweet potato fan. Rating: 3 Lunch: Picadillo – Do you know what picadillo is? I didn’t but it doesn’t taste half bad. It’s basically peas and seasoned ground turkey. There was no way they were going to get me to eat those plantains though. Rating: 3.5 Dinner: Sirloin in Peppercorn Sauce – This was another meal I was really looking forward to. The sirloin was a little tough but the sauce was bursting with flavor. Rating: 4 PM Snack: Berry Bar – I haven’t eaten this one yet. 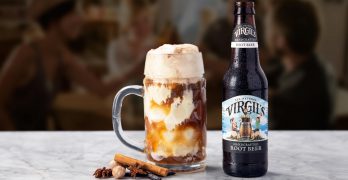