Well, I’ve officially finished week 1 of Bistro MD. I have to say that overall, it has been a positive experience. I’ve had a couple of challenges. The first being that I’m not used to breakfast, so I find myself not actually hungry enough to eat the breakfast. As such, I have two breakfasts left over. I also have one dinner left over from when I feel asleep much earlier than expected. The food has been mixed, with some being excellent and others being inedible (for my picky pallet.) I’ve taken photos of some and am giving all the foods ratings out of 5 stars.

Breakfast: Spinach and Ricotta Chese Crepe – Who decided that it was good to eat spinach for breakfast? This was tough for me to eat. On the bright, the sweet potatoes and the veggie patty were yummy. I ate all of the sides, but only 2 and a half of the crepes. Rating: 2.5 Lunch: BBQ Chicken w/Broccoli – I was surprised at how flavorful the BBQ sauce was – slightly too strong, but still good. The chicken came out tender and the veggies cooked up nicely as well. Rating: 3

AM Snack: Wild Berry Smoothie – The smoothie tastes a little bit like Kool-Aid, but slightly sour. I think I’ll try adding a bit of sugar next time. My co-workers kept saying I was drinking Pepto Bismol. Thank goodness it actually tasted somewhat like a berry smoothie instead of Pepto Bismol. Rating: 3.5

PM Snack: Garlic & Parsley Soy Snacks – These are tiny, crunchy balls the size of Kix that have tons of flavor. Are you sure these are healthy for me? Rating: 4.

Dinner: Pork Loin w/ Asian Plum Sauce – OK. I’m starting to figure out that BistroMD really makes sure you eat your veggies! Both of my side dishes were perfectly cooked, vibrantly colored vegetables. The pork was tender and came out great. The sauce wasn’t really that Asian, but it was still decent. Rating: 3.5 Breakfast: Egg White Omelet with Bacon – What a way to start the morning. The omelet cooked up perfectly and wasn’t rubbery or dry. It also soaked up lots of Canadian Bacon juice to make it oh-so-tasty. The roasted apples were a great treat as well. The only ding was that the Canadian Bacon was a little tough. Rating: 4.

Lunch: Penne Pasta with Vodka Sauce – The sauce and broccoli were pretty good. The pasta cooked up OK, but some pieces had an odd, slightly grainy texture that may be typical of low-carb pasta. Rating: 3.5

AM Snack: Milk Chocolate Crunchies – When I opened the bag, I thought they looked like little chocolate Nerds. They are actually chocolate coated crisps. The best way to eat them is to pour directly from the bag into your mouth. They aren’t quite as sweet as I was hoping for but still give you a nice chocolate burst. Rating: 3

Dinner: Mahi Mahi in Caribbean Sauce – This is the one fish dish they sent me, even though I said I didn’t want any seafood or shellfish. The cooking instructions were also wrong, giving me instructions to microwave the tray when the dinner actually came in 3 bags. The fish was fishy, the rice was dry, and I wasn’t feeling the side fruits at all. In terms of flavor, I’m sorry but this just gets a Rating: 1. Breakfast: French Toast with Apples – There was a typo on my label that said that the fruit was supposed to be apples. Clearly these were peaches. This was the first breakfast that I couldn’t really finish because I just wasn’t that hungry. I tasted the toast with the syrup and it wasn’t bad. I can’t give this a rating since I didn’t really finish it. Lunch: Thai Peanut Chicken – OMG. BistroMD really hit it out of the park with this one. It ACTUALLY tasted like it could’ve come from a restaurant. If I wasn’t a work, I probably would have licked the tray clean. The peanut sauce was excellent, the chicken was perfectly cooked, and even tough I still have no idea what quinoa are I like them! BistroMD, please put one of these in EVERY week’s shipment! Rating:5

Dinner: Broccoli and Cheese Stuffed Chicken – I wasn’t sure how this would taste. I’m not the hugest cheddar cheese fan and I thought that broccoli and cheese inside my chicken sounded a little weird. It actually tasted pretty good and was happy to see that everything heated up well. The chicken was still tender and the broccoli wasn’t mushy. The green bean and “salsa” sides were also very tasty. Rating: 4 AM Snack: Kiwi Strawberry Shake – I drank this on the way to fellowship Thursday night and thought it was delicious! It tasted just like a (melted) smoothie but it has a nice blend of fruit and sweetness. Loved it! Rating: 4.5

PM Snack: Sour Cream and Onion Soy Snack – I’m not sure if it’s a good or bad thing that I didn’t need to eat the PM snack so I won’t be giving this one a rating either.

Breakfast: Bagel with Maple Almond Butter – I toasted up the bagel and it tasted like a healthy bagel. I REALLY liked the almond butter which was what provided the flavor to the bagel. Rating: 3.5

Lunch: Cheese Ravioli – Yum! This tasted really good and the pasta cooked up perfectly. It wasn’t like “OMG!” food, but I’ve definitely gotten worse from restaurants. The ravioli came with green beans & almonds which cooked up perfectly, although I wish they weren’t so stingy with the almonds. Rating: 4

Dinner: Turkey and Spinach Meatloaf – I had this for dinner on Sunday night. I thought it was weird to put spinach into a meatloaf but the flavor was OK. The orange blob is like a mashed sweet potato, which I did not like. The cauliflower was cooked up perfectly and the meatloaf was evenly warm out of the microwave. The meat had an interesting blend of sweetness from the sauce and bitterness from the spinach. Rating: 3 AM Snack: Crisp N Crunch Peanut Bar – I was a little disappointed byt the Crunch bar. The crispies pretty much had zero flavor and the peanut flavor tasted a little off. Rating: 2

PM Snack: BBQ Crunch O’s – Technically, I didn’t eat these until Saturday. I kind of like that I’m able to have a stash of “healthy” snacks if I don’t eat them all during the daily schedule. These were surprisingly tasty and I thought they were like BBQ flavored Cheerios (although they tasted like chips.) Rating: 5

Breakfast: Omelet with Veggie Patty – I didn’t eat this one either. I was going to eat it Sunday morning, but was running late for church, so it’s sitting in my fridge. I expect it would’ve tasted quite good though.

Lunch: Philly Inspired Chicken Cheese Steak – This had a side of what they callged” Spaghetti Squash.” It was not good. The chicken itself was simply OK. It didn’t have a whole lot of flavor and the whole dish looked rather gray. Rating: 3

Dinner: Beef Bourguignon – This was the dinner I slept through, so I have no idea how this will taste.

PM Snack: White Cheddar Kruncheeze – These weren’t bad. I kind of wish the cheese flavor was more prominent, but it was a nice burst of flavor for an afternoon pick-me-up. Rating: 3 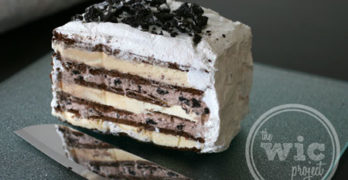