I think you can tell a lot about a hotel by it’s shower. Some have really cheap-o looking shower heads that only spray through half of the holes. Others have so little water pressure that you practically have to stand right underneath it so gravity can take effect and wash the soap off. A shower is an important thing. You’ll know this if you’ve ever just needed to warm up after being outside in the snow all day. If you’re ready to take your showers to the next level, then consider Delta’s line of WaterSense-labeled showerheads with H2Okinetic Technology.

Delta Faucet Company announced in March 2010 that more than 50 percent of its Delta® bath suites feature showerheads and handshowers that meet the latest specification introduced by the U.S. Environmental Protection Agency’s WaterSense® program on March 5, 2010. The new WaterSense criteria – established to promote water efficiency in the shower, product performance and quality – require that the showerhead flow at a rate of 2.0 gallons per minute (gpm) or less.

In addition, the company will continue to gain showerhead and handshower certifications, with the expectation that by the beginning of 2011, 80 percent of its bath suites will feature an option to meet WaterSense requirements.  With more than half of Delta bath suites containing products meeting the new criteria, seven feature a showerhead with H2Okinetic Technology® that improves water efficiency by 40 percent, flowing at 1.5 gpm while providing the feel of an enhanced flow of 2.5 gpm. When the Delta Faucet Addison WaterSense-labeled showerhead arrived at my door, I was downright giddy. Why? Because this showerhead promised to do so much and if it did what it promised, showers in this house would be transformed. The first thing this showerhead is supposed to do is improve water efficiency. The Addison showerhead meets the WaterSense requirements of using 20-40% less water than the industry standard. For a house that consistently runs out of hot water, this is a great thing – not only for the environment, but also for taking hot showers.

In addition this Delta Faucet showerhead uses H2Okinetic Technology®, which means it not only uses 36% less water, but also “uses larger water droplets, which not only retain heat better, but also create a warmer, more luxurious spray that blankets the body.” And let me tell you, luxurious is the perfect word in describing what the Delta Faucet Addison showerhead transformed my showers into. I am simply amazed that a showerhead that uses over a third less water is able to produce more pressure than the old showerhead. (The picture at left shows what I think is the low flow valve-thingie.)

The showerhead itself is large (6″ across) and scallop-edged in chrome finish, giving it an extra touch of class. No cheap, faded yellow plastic here. Just shiny chrome finish all around.

Here’s a video of the Addison showerhead in action.

There are a couple of things that you should notice. First, it’s how purty the showerhead is. It looks like a high-class bathroom fixture. Next, it’s what you hear. If you listen closely, you can actually hear how strong the water is coming out of the showerhead and the force with which it is hitting the bathtub below. Finally, look carefully at the streams of water. Most showerheads spit the water out in thin streams.

With H2Okinetic Technology®, the water comes out much thicker. You wouldn’t think that you could notice a size in water droplets, but you definitely notice that the water is hitting you like a steady stream of fat raindrops (almost like water flowing out of a hose, but with more pressure) instead of thinner streams of water. The result of having larger drops of water and a dense spray pattern is that the water retains its heat more effectively. Basically, the shower feels hotter.

The result is a shower experience unlike I’ve ever experienced at home. A hot shower that has the perfect amount of pressure – and using less water to boot! To get a luxury hotel quality shower in the comfort of your own bathroom, check out the Delta WaterSense-labeled showerheads with H2Okinetic Technology® at the store nearest you. The Delta Addison Raincan Showerhead is listed for $86.10 but I found it at eFaucets.com for just $55.92! The Prize:
TWO winners will each receive an amazing Delta showerhead! Lucky duckies. 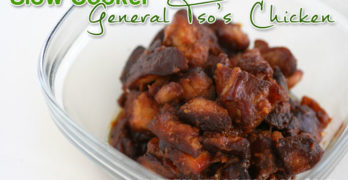