One of the things I love about the Discovery Channel is that it often offers me views into parts of the world I’d most likely never see. Watching that channel gives you an opportunity to learn so much more beyond what you would in a classroom. You can actually see and understand different people and different cultures. The new Human Planet series from BBC/Discover Channel does just that by focusing on human behavior and how it has adapted to survive in challenging and uncertain parts of the world.

Following in the footsteps of Planet Earth and Life, this epic eight-part blockbuster is a breathtaking celebration of the amazing, complex, profound and sometimes challenging relationship between humankind and nature. Humans are the most successful species on the planet. From the frozen Arctic to steamy rainforests, from tiny islands in vast oceans to parched deserts, people have found remarkable ways to adapt and survive. We’ve done this by harnessing our immense courage and ingenuity, learning to live with and utilize the other creatures with which we share these wild places. Human Planet weaves together eighty inspiring stories, many never told before, set to a globally-influenced soundtrack by award-winning composer Nitin Sawhney. Each episode focuses on a particular habitat and reveals how its people have created astonishing solutions in the face of extreme adversity. Finally we visit the urban jungle, where most of us now live, and discover why the connection between humanity and nature here is the most vital of all.

When it comes to the latest Discovery Channel/BBC series – Human Plant – I have three simple words for you. Ah. May. Zing. The series is truly spectacular, offering scenes from walks of life that you’ve probably never seen before.

Honestly, when was the last time you saw someone catch their own baby Golden Eagle so they could hunt with it 6 months later? Or how about watching a tribe build a literal tree house? And I don’t mean the little ones you see in our backyards, but I mean a house….in a tree… that can hold dozens of people hundreds of feet in the air. (OK maybe not hundreds – but very, very, high.) Here’s a quick video showing how one tribe herds wild mares in order to get milk:

Human Planet gives you insight into the stories of cultures all around the world that are amazing to watch and to learn about. And while I might not want to eat fermented birds myself, I find it completely admirable to watch how people adapt and learn to survive in environments beyond four walls of wood and drywall. John Hurt does an excellent job narrating each story, providing additional information and details about each scene you are watching.

The Human Planet DVD series contains the eight episodes that were originally broadcast in the UK and is broken up into three discs, bringing you 80 stories of different cultures from different regions. In addition, the DVD has an additional three hours of footage that wasn’t seen if you watched the series when it aired on TV a few weeks ago. I could have easy watched all three DVDs in one night, but opted to spread it out into two. I think my favorite series was “Oceans” followed by “Artic”. The other regions featured are “Rivers”, “Jungles”, “Deserts”, “Mountains,” “Grasslands” and “Cities.” The third disc also includes Special Features clips showing some additional footage on filming in the middle of a volcano and at a traditional tannery.

Even more, each DVD contains behind-the-scenes footage in little segments called “Behind the Lens.” Each 10 minute “Behind the Lens” episode gives you a glimpse of the challenges and the adventures of filming the stories. Whether it’s waiting for a fox to come out of hiding or surviving torrential rain that ruins camera equipment, it was such a treat to be able to see how the cameras caught some of the footage that you see in the DVDs.

Human Planet is such a wonderful DVD series that gives you a peek into some of the incredible lives and survival tactics that people around the world have learned and adapted. The scenes and images that are captured on film are unlike anything that you’ve ever seen. If you and your family enjoy shows with beautiful scenery, I’d definitely recommend you pick up a copy of Human Planet. It is beautifully shot, narrated well, and is an overall engaging and educational viewing experience. Human Planet was released on DVD and Blu-Ray on April 26th and is currently available for purchase online for $26.99 (or $32.99 for Blu-Ray.)

THREE (3) winners will receive a copy of Human Planet on DVD!

Earn Extra Entries:
Please make sure to leave a separate comment for each extra entry. Include Twitter handles/FB names for those entry methods.

For he guards the course of the just and protects the way of his faithful ones.
Proverbs 2:8 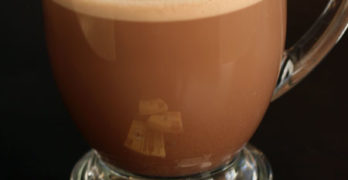