It seems like the air is full of icky stuff these days. Whether it’s high pollen content, smog, dirt, or the stink of the trash, people are really conscious of air pollution and irritants. As if that wasn’t enough for folks to worry about, on a completely unrelated line people are also being conscious of the environment and trying to be more energy efficient. In Europe, they have banned the traditional light bulb in favor of compact fluorescent bulbs, and the US isn’t far behind with bans expected between 2012 and 2014. The Ionic Bulb is a product that kills the proverbial two birds with one bulb (although we are 100% against killing birds….except for maybe crows. I do not like crows.)

About The Ionic Bulb

The Ionic Bulb Air Purifier is an energy-saving light bulb with a powerful air purifier built right in. Unlike ordinary bulbs, the Ionic Bulb removes airborne pollutants and odors, making stale indoor air as fresh and healthy as outdoor air.

I first purchased these bulbs about six months ago. I purchased a pack of 10 bulbs for $50. I know that price seems a little high when you compare to some of the generic brand compact fluorescent bulbs on the market, but the past months have proven that the money was well worth the investment. I installed The Ionic Bulb in the first floor hallway and also in one of my closets. In terms of longevity (if that’s the appropriate term) The Ionic Bulb has outperformed the generic CFL bulb I had in the closet first. The closet light gets turned on an off multiple times throughout the day and after a couple of months, the generic bulb just pooped out. I couldn’t believe it burnt out so quickly – I even tried to put it in another socket because I assumed it was the socket. I was wrong. I replaced that generic bulb with an Ionic Bulb and the bulb has been happily lighting my closet for 5 months without any problems. I keep the hallway light on virtually 24/7. I installed it when I first got the bulbs in April and have kept that light on ever since. I view it as a small way to help keep my air clean and smelling fresh. According to The Ionic Bulb website, “The Ionic Bulb emits a healthier, more natural light full of negative ions. These ions attach themselves to pollutants and quickly neutralizes them….Ionic technology removes smoke and odors in just minutes. Great for freshening your kitchen or bathroom and entire home.”

I know that it may seem difficult to quantify that the air seems cleaner, so here’s a video that demonstrates how well it clears the air of smoke (ignore the dog sniffing the pavement in the background, haha!):

According to Consumer Digest, The Ionic Bulb is slated to be in stores this month, so be sure to keep your eye out for this two-in one bulb that will help lower your energy costs and help keep your air smelling fresh.

Two winners will each receive one Ionic Bulb.

This giveaway is now closed.

Disclaimer: This post consists of my (and/or fellow tester) opinions only. No compensation was given for this review/giveaway. I purchased the Ionic Bulb myself and have paid for the prizes personally. 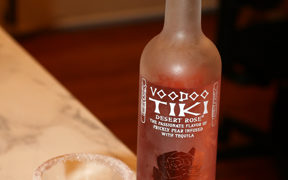 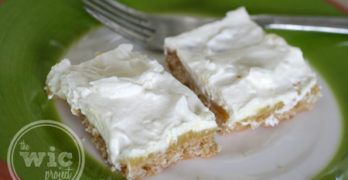