Have you ever used a towel and it made you feel like it was scratching the water off instead of absorbing it? Or have you ever snuggled up in a blanket and felt the softness embrace you and keep your warm? What makes one fabric scratchy and the other snuggly (aside from the possibility of one being canvas)? The difference is fabric softener. Introducing Purex® Complete Crystals SoftenerTM; a purer way to get laundry that smells clean and fresh for weeks. 92% natural, this product’s unique crystal form works differently than traditional oil-based softeners that coat fabrics with oily residue, because it infuses fibers with long-lasting fragrance. In addition, since you add it directly with your laundry, this means no more waiting for the rinse cycle, no messy residual gunk in your washing machine, and no more stains from spilling liquid fabric softener. Upon opening my sample of Purex Complete Crystal Softener, I was immediately intrigued. This wasn’t a thick gloppy liquid. It was a bottle of tiny blue crystals that actually look kind of like the rocks you put in a fish tank or possibly blue and clear sprinkles. But that’s just a superficial viewpoint of things. Beyond the fact that Purex Complete Crystal Softener is different because it is in a solid crystal form instead of a liquid fabric softener, it is also 92% natural and isn’t oil-based.

What does oil-based mean to you? Well, oil-based fabric softeners work by coating your clothing in oil, leaving a residue which can build up over time. If your clothes have a thin layer of oil over them, washing them won’t be as effective (since oil repels water.) In addition, items such as towels and dry-weave athletic wear depend on being able to effectively absorb moisture. If those items have thin coating of oil on them, then towels won’t dry and dry-weave won’t keep you cool as  effectively as they should.

So instead of using oil, Purex decided to take a more natural approach. The ingredients for their Fresh Spring Waters Purex Complete Crystal Softener include sucrose (sugar) and bentonite (clay). At least I know what those are instead of a list of chemicals. The next question that follows is of course, how do they work?

I’ll tell you up front, when you open up your bottle of crystals, the fragrance is strong. It isn’t bad – it just smells super concentrated. Since those crystals are so powerful, you really don’t need to use a lot. The picture above shows the actual amount for one load, and I’d say that’s less than 1/4 cup. If anything it seems closer to about 3 tablespoons.

Simply add the crystals to your washer (I’ve done it either before or after the clothes are put in) and then start your washer cycle. No struggling to fill balls with liquid, or trying to catch the washer cycle at just the right time. Just throw it in and as the clothes are washed, the crystals dissolve, allowing the softeners to “penetrate fabrics to reduce fiber entanglement and smooth frayed fibers.”

The finished product – aka the fully washed and dried clothes – has the fragrance from the softener, but it’s much more subtle than in the bottle (as expected.) It’s stronger than another brand that I’ve used and it actually lasts throughout the day. With the other brand of softener, the fragrance fades as the clothing sits on the shelf, but with the crystals, I can sniff a shirt I’ve been wearing all day and it still won’t smell funky. Not only that, but my clothes are definitely soft. No scratch t-shirts here! Purex Complete Crystal Softener is available in three scents: Fresh Spring Waters, Lavendar Blossom, and Tropical Splash. While the Fresh Spring Water is good, and probably the most masculine of the three, I’m really looking forward to trying the Tropical Splash. If you’ve tried that scent, please let me know what you thought about it. You can pick up your own bottle of Purex at Walmart and other food, drug and mass retailers.

The Prize:
Three winners will receive a coupon for a FREE bottle of Purex Complete Crystal Softener.

For up to TWO Bonus Entries 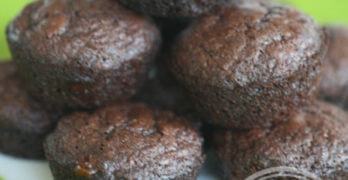