Return to Top
You are here: Home / giveaway / closed giveaway / Made from Apples, Win an Apple! – Sidral Mundet Twitter Giveaway

I am a huge fan of carbonated drinks but all of the artificial colors and flavors don’t really jive with my efforts to be healthier. I haven’t had a soda or carbonated drink for quite some time, but that will change in an upcoming review of Sidral Mundet.

Sidral Mundet  is an apple-flavored soft drink that is popular in Mexico and has recently crossed the border to bring this unique drink to the rest of the continent. What makes it different from other soft drinks is that it is made with natural apple juice, natural sugar, and doesn’t have any artificial flavors or colors.

We’ve all heard of “An apple a day keeps the doctor away,” but apparently many Mexican mothers give their children Sidral Mundet to drink when they are sick to help keep them hydrated.

We’ll be getting our taste buds on these drinks soon, and will share with you whether it tastes as fresh and delicious as we think it will taste. In the meantime, you all will have the opportunity to win one of twelve prizes in the What’s Cooking at DD Sidral Mundet Twitter Giveaway!

The Prizes: Sidral Mundet and Rocket XL are generously offering the following apple-icious prizes for this giveaway:

One entry per person, per day.

This giveaway is open to US and Canada residents (excluding Quebec,) ages 18 and over.

Visit our Giveaway Rules page for general giveaway rules that may also apply to this giveaway.

Disclaimer: This post consists of my (and/or fellow tester) opinions only. No compensation was given for this review/giveaway. 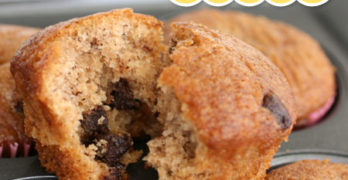