Return to Top
You are here: Home / Lifestyle / 7 Facts You Didn’t Know About Chocolate
We joke that “chocolate is good for you” but would you believe that in some ways, it really is? Think chocolate is a good source of caffeine? Wrong! Since 90% of the population likes chocolate, most of us think we know a little bit about chocolate, which probably we do.

Here are 7 interesting facts you didn’t know about chocolate (or at least I didn’t know…until now.) 🙂

There’s Vanilla in Your Chocolate Think you like chocolate more than vanilla? Think again.

I first heard this while watching Iron Chef, but it turns out there’s vanilla in that chocolate. The purest chocolate is the dark chocolate, while milk chocolate and white chocolate have vanilla added.

Prev3 of 7Next
Want more fun facts about food? Check out 5 Uses for Bananas (Other than Eating)!

What do you know about chocolate? 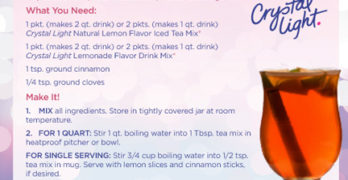