Return to Top
You are here: Home / ponderings / Trials & Tribulations of Nesting

There is a dove nest outside my office window. I first discovered it a couple of years ago, when I noticed one of the cats gazing intently out the window. I peeked outside and there she was. Or maybe it was a he. A dove sitting on a nest that contained two eggs. As the weeks passed, the eggs hatched and two baby birds grew into bigger birds that were seemingly there one moment and then had taken flight the next. It was a great thing to watch. Last year, the doves returned to nest. Shortly after they returned, two little eggs appeared. I watched those eggs and those doves and I watched the baby birds hatch and grow and grow. Until one day, they were gone. But they were gone too soon. The babies were still tiny little things that weren’t anywhere close to being flight ready. I was sitting at my desk pondering what could have happened when I heard,”Ewwww! Gross! Don’t touch it!” I peeked outside the window and saw a bunch of kids who had just gotten off the school bus huddling around something on the ground. Inexplicably, my heart dropped. I threw on my shoes and raced outside. There, on the corner, were the pecked remains of a baby bird. A black crow cawed at me from across the street, and I knew what had happened.

I wanted to cry. Call me silly or call me overly sensitive, but I had felt like those birds were under my protection. They grew up outside MY window, protected by MY window grate. I quickly looked around the shrubs underneath the window for the second baby bird. I couldn’t find it.

I walked back into the house asking, “Why? Why?” I didn’t understand and struggled to understand until one of my friends bluntly stated – “That’s what happens with wild animals.” It helped. Sort of. A few days later, the doves were back. Walking back and forth across the ledge. A couple of days after their return once again there were two small eggs in the nest. They hatched, and I resolved to guard those eggs. I grabbed one of those squirting water bottles and was determined to squirt any crow that came near that nest in the eye with a heavy stream of water. I didn’t need to, though. Those birds grew and grew until they were grown enough to fly off, and that’s what they did.

They were back this year, and once again I’m learning lessons about life in the wild. The first nesting period there were two eggs in the nest – but no parents. For one reason or another, the parent birds abandoned the nest, leaving those tiny eggs to rot on my window sill. They started to smell, so we used a piece of wood to knock the eggs out of the nest. For a couple of weeks after that, one of the doves returned, walking back and forth, cooing what I deemed a mating call. One bird don’t hatch no eggs. Then just as randomly, there they were again. Two birds. One egg.

I watched, I waited, and that little egg hatched into a baby dove which took flight this morning.

These birds have taught me something. Life will throw you challenges. There will be things in this world that will try to make things more difficult, that will work against growth, life, and peace. (After all, the dove is the bird of peace.) But just because there are those things, we must go on. While I hurt and why’d and struggled to understand why the baby birds died or why the momma bird abandoned those eggs, those birds just took it in stride and did what needed to be done. They followed their instincts and their true nature.

We can’t give in to challenges or temporary failures. We must stay true to our Godly natures and continue with our lives, growth, and walks. It is only through persistence and faith that we can overcome all things, through Christ, the Prince of Peace, who strengthens us.

For he guards the course of the just and protects the way of his faithful ones.
Proverbs 2:8 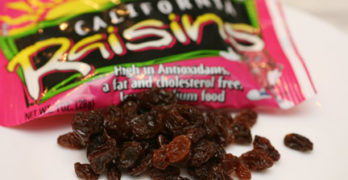