Return to Top
You are here: Home / Reviews / Food & Drink / A New Southern Side of Veggies – Allen's Vegetables Review

It may surprise you to know that growing up, I wasn’t a very adventurous eater. When it came to eating out, I had my favorites and I stuck to them. And, to be truthful, those habits still linger around today. If I go to my favorite Japanese restaurant, I’m getting Pork Katsu. If it’s Chinese delivery, I’m all about the Cashew Nut Chicken. My tendency to stick to habits is one of the reasons that I appreciate having friends who encourage me to at least TRY new foods, even if I’d never even heard of them before. Fortunately, I had my friends on hand when it came time to test the new Southern Style line of vegetables from Allens Vegetables. Launched just last month, Allens new line of “Southern Style” vegetables, introduced 23 new varieties of canned vegetables ranging from Seasoned Collared Green to Succotash. Founded in 1926, Allens is a family-owned business that continues to grow and pack frozen and canned vegetables for sale throughout the US. The new South Southern Style vegetables are pre-seasoned to provide the spicy kick that is commonly associated with Southern cooking.

This weekend, I had the opportunity to try two (kind of three) vegetables that I’d never had before (I was so sheltered): Allens Seasoned Collard Greens, Seasoned Black Eye Peas, and Seasoned Cabbage. Since I was unfamiliar with how to cook any of these unfamiliar veggies, my friend Shao took the cooking reins and taught me about seasoning and how to properly heat the canned vegetables.

To prepare the Allens Seasoned Collard Greens, we added salt, pepper, and seasoning salt. We brought the greens to a boil and then let them simmer covered for about 7 minutes. The end result was two very happy guys who raved about how these were the BEST collard greens they’d ever had. They very quickly devoured the whole can and even had to put some back so I could make sure to get a taste.

We cooked the Allens Seasoned Cabbage with basic salt and pepper, allowing it to heat and simmer to help reduce some of the fluid. To me, the cabbage tasted just like brussel sprouts, which I love, although the softer texture of the cabbage wasn’t something I was used to. Next was the Allens Seasoned Blackeye Peas. First of all, I have to say these peas look like beans. Or more precisely, they look like baked beans that forgot to put sunscreen on their backs when they went out to the beach, causing one area of the bean aka pea to be darker than the others. Am I showing off my cooking novice-ness by admitting that I hadn’t ever seen a blackeye pea before? Either way, they looked like beans to me. Maybe that’s why we ended up preparing them like baked beans by adding sugar, honey, and barbeque sauce and then letting the peas simmer for 5 minutes while soaking up the flavor. I’m not sure how blackeye peas are supposed to take, but with all of the mix-ins, these tasted just like baked beans with a slightly milder aftertaste. Even with all of the sugar that was added, I could still taste the heat from the red peppers. Overall, all three of the Allens Southern Style vegetables we tried really helped to complete our dinner. There was lots of flavor and definitely a few “Mmms.” I’d be curious to hear if these taste like “authentic” Southern style vegetables, since my palette isn’t really familiar with those flavors. 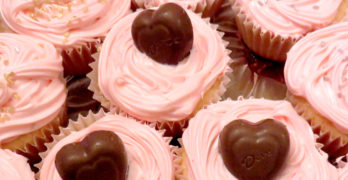 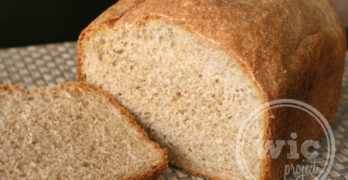