I’m the sort of person who likes to have a phone in every room of the house. I’ve just had too many instances where the phone starts ringing, and by the time I’m able to put down the iron, pick myself up from tripping over the cord, and run to the phone, the person has hung-up. Before, I had three different phones – two of them had an answering machine, and one was corded and had glowing green buttons circa 1990. When I decided to upgrade to a new phone system, I knew that I wanted a phone that could accommodate having a phone in nearly every room (I don’t think I need phones in the bathroom.) The AT&T CL82209 is just such an expandable cordless phone system and is able to run up to 12 handsets.  You only need to plug the main system, or what I’ll call the “mothership” into a phone jack, and all of the other handsets will automatically connect. Since you don’t need to plug every handset dock into a phone jack this gives great flexibility in where you can put the handsets – so you could put them in the bathroom if you wanted to. I have my mothership, which has the antenna and digital answering machine on it, mounted to the wall of my kitchen. The second handset is in the living room.

Utilizing DECT 6.0 Digital Technology, the AT&T CL82209 truly is a long-range phone. I live on the fourth floor and was able to ride down the elevator, walk out the door and down the street while maintaining a connection. I did notice that after hanging up, while I was waiting for the elevator, the phone was searching for a connection, which it quickly found once I started riding up. Below is a picture of where I was standing to test out the phone’s range. It’s also important to note that I do live in a community with a lot of apartments/condos around me, so I was happy to notice that voice and communication with the handset was clear without any static or interference from other people’s phones. Battery life on the handsets is pretty impressive. I left one handset on for about a day and it still worked. I left another handset off the charger for several days and it still had juice as well.

During the process of my review, a couple of things stood out for me as really cool. The handsets themselves have thin profiles and are lightweight. Since they’re so slender, you will have to bend your neck a little more to hold it between your ear and your shoulder, but the more ergonomic thing would be to use speakerphone instead. You can use any handset to set all of the phone settings and to check the answering system as well. So if you do happen to miss a call, you can check it with the phone nearest you instead of having to go back to the mothership. I found the menu very easy and intuitive to use, so I was able to customize my ringtones and set the date and time without opening up the instruction manual. The AT&T CL82209 definitely provides everything I need in a phone system. It has a great collection of features, is easy to use, expands easily, and provides a clear, static-free talking experience.

To learn more about the AT&T CL82209, visit the AT&T website. If you would like to get an AT&T CL82209 expandable cordless phone system for yourself, you can purchase it online at att.com, amazon.com (currently on-sale for $52.24), or try to win it in the WCatDD Holiday Gift Pack Giveaway!

Disclaimer: This post consists of my (and/or fellow testers) opinions only. No compensation was given for this review/giveaway. I did receive a free AT&T CL82209 phone from the manufacturer or their PR agency to use and test for the purpose of this review. This did not affect the outcome of this review. 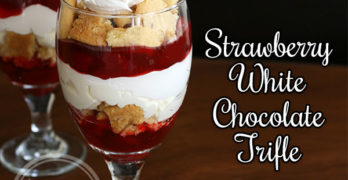