Return to Top
You are here: Home / Reviews / Marvel’s Black Panther Review – This Movie Has It All! 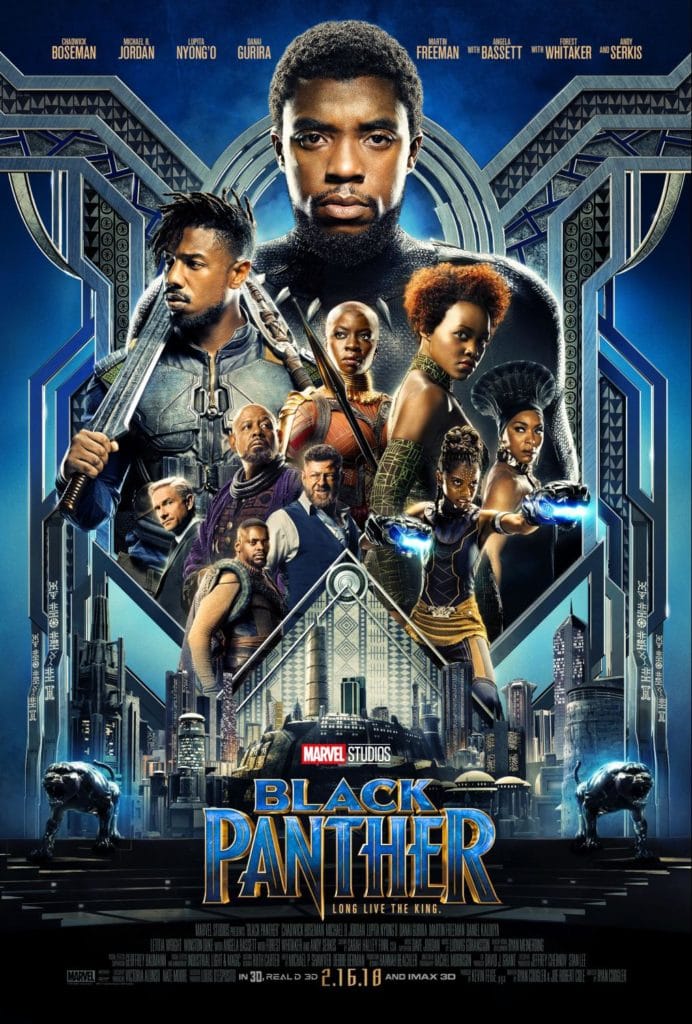 Black Panther from Walt Disney and Marvel Studios is an Action-Adventure film based on the Stan Lee comic of the same name and related to the Avengers. Rated PG-13 in theaters and available for viewing in multiple formats of Digital, 3D, and IMAX.  An all-star cast includes many familiar faces and a few new ones. There has been a lot of press for this movie, and it’s well deserved.

The movie starts with the background of the African Kingdom of Wakanda–to the outside it’s seen as a third world country, but it’s actually technologically advanced with the aid of the metal vibranium–and how Black Panther came to be through the power of the “heart-shaped herb.” It fast-forwards to 1992 in Oakland, CA. A betrayal in the royal family leads to the theft of a cache of vibranium landing into the arms of a black market dealer.

We’re then transported to the present day. T’Challa learns of the death of his father which leads to his ascension to the throne. After being challenged for the throne and winning, he becomes the king, goes through a ritual including drinking a potion: it gives him the power from the “heart-shaped herb ” which allows him to talk to his father in a heaven-like savannah to learn he is ready to be king, and it gives him superhuman powers. Returning ready to rule, he also choses a new suit which will protect him when he transforms into Black Panther. 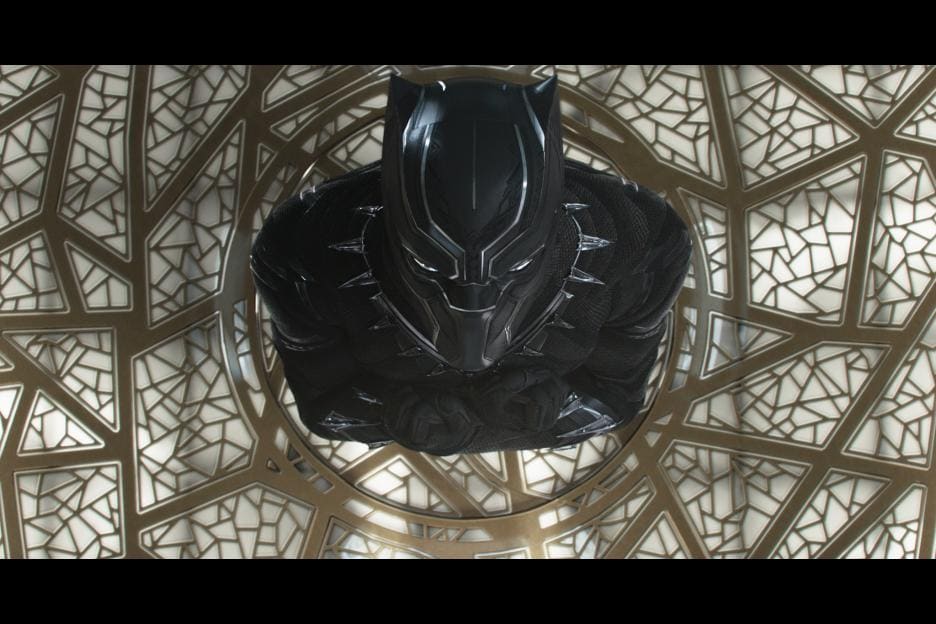 Learning the black market dealer is about to sell a stolen Wakandan artifact to a buyer, T’Challa goes to South Korea to retrieve the artifact and bring the arms dealer back for justice. There’s a triangle involving the CIA, the black arms dealer, and an ex special-ops soldier. After a lot of gunfire, a double-crossing soldier, and the CIA agent taking a bullet for a member of the Wakanda party, they return to Wakanda with the CIA agent to save his life. Surprised when the special-ops soldier shows up in Wakanda, secrets related to the betrayal in 1992 are revealed.  A struggle for power, the kingdom itself is at stake, and a rebellion ensues.

There are epic battle scenes in the action-packed combat for power which show the influence of Lucasfilms (credited); T’Challa’s sister, Shuri, is a STEM genius with technology and science and does her part to save the kingdom, the Wakandan army of stalwart female warriors is amazing, and an unexpected ally in the CIA agent, plus a former enemy tribe help to save Wakanda. T’Challa as Black Panther is triumphant in saving Wakanda. He wants to be different than the kings before him and share vibranium with the world and reveal the truth that Wakanda is a self-sufficient kingdom. He also wants to right the wrong which happened in Oakland.

This movie has it all: action-adventure, a great plot, humor, dramatic battles, the requisite Stan Lee cameo, and it’s poised to be a blockbuster film. Geared for ages teen to adult, Black Panther will entertain you and leave you wanting more. Stay through the end of the credits for hints of more to come in the future.