Return to Top
You are here: Home / Reviews / Breakthrough Spoiler-Free Movie Review – Nothing Is Impossible

I saw an early, limited invitation screening in the Fall of 2018 for the purpose of this review. 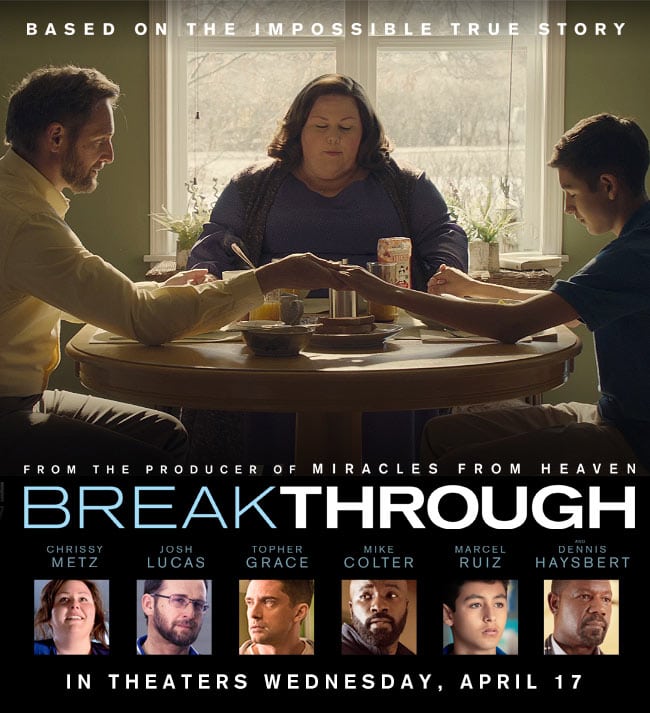 Breakthrough is a faith-based major motion picture from DeVon Franklin (Miracles from Heaven) based on the amazing true story written by Joyce Smith. It has an all-star cast including Chrissy Metz, Josh Lucas, Topher Grace, Mike Colter, and Marcel Ruiz, plus there are faces you will recognize from other film and television productions.

The movie is the true account of a mother’s unwavering love and faith in the power of God after the tragic accident in which her son fell through an icy Missouri lake in winter. The power of prayer, the power to engage community, to defy medical and scientific probability for the recovery of her son in what can only be described as a miracle.

While some question faith or have lost hope, one mother proved one does not give up hope, one continues to have faith, pray for it, believes it, even when the odds say impossible. Even when everyone says to give up, even when you feel alone. When we’re most alone, we can find the strength to believe and go on.

The story also deals with forgiveness, judgment, accusations of why you and not my loved one, and how letting someone in—someone you have differences with–can be your unlikely ally and help you believe, and this faith can move mountains with the domino-effect in one’s community and beyond. 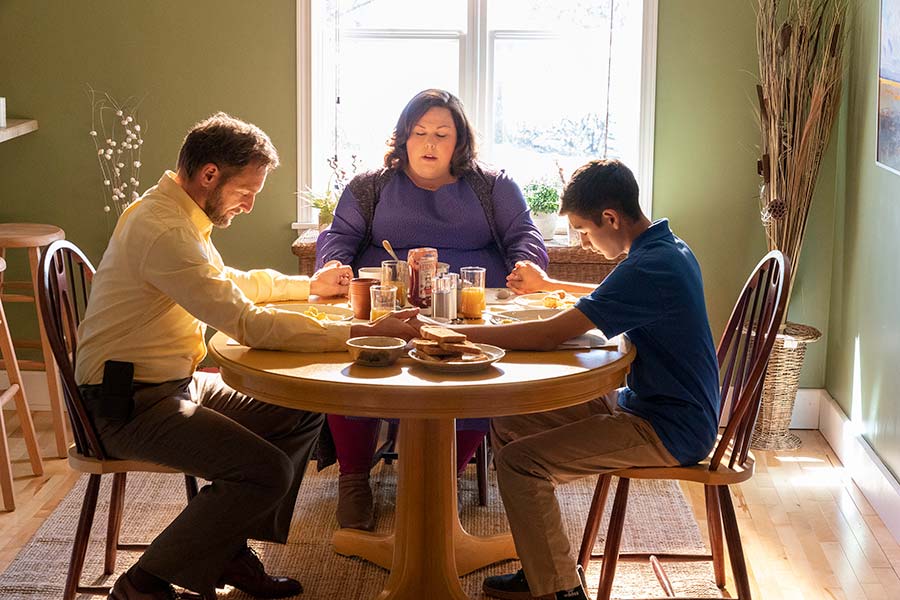 The powerful message of Belief, Prayer, Miracles, and Love permeate the entire movie and will move you and your emotions. Be prepared to bring tissues. This is more than a movie, it is an experience and will restore your faith in people. It will strengthen your belief in God.

The movie uses a mix of contemporary and Christian music to engage viewers of all faiths and it moves the story along. It feels like a mainstream movie experience, but it has the added value of teaching us that acceptance goes along with belief and miracles and love. Restoration of Faith and Belief in your Christianity will fill you as you watch. You may have your own breakthrough as you watch Breakthrough.

Breakthrough arrives in theaters on April 17, 2019.