I received a complimentary sampler of Davila’s BBQ meats and products in exchange for my honest review. All opinions are my own.

Before I give you my Davila’s BBQ review, here’s a little background information about this amazing Texas BBQ restaurant.

Davila’s BBQ was opened in 1959 by Adrian Davila – a third-generation Texas pitmaster who learned authentic BBQ from his grandfather in the 1940’s. Since then, the Diva family has continued to craft heir own unique sauce and rubs to bring a delicious blend of Mexican-American flavors to their BBQ meats. The Davila’s BBQ restaurant is located in Seguin, Texas. They also ship their smoked BBQ nationwide through Goldbelly.

Now that we’ve given you a bit of history about Davila’s BBQ, now it’s time for the review! We had the opportunity to try three of Davila’s BBQ’s mesquite-smoked meats:

Our Davila’s BBQ delivery arrived in an insulated cardboard box. It contained a large bottle of Davila’s BBQ Rub and vacuum-sealed packages of the three different Davila’s BBQ meats. Each of the meats is pre-cooked, so you just need to remove the packaging and heat up the meats to enjoy delicious Texas BBQ right in your own home.

First up is a generously sized pice of Mesquite Smoked Brisket from Davila’s BBQ. The brisket can be cooked thawed or from frozen. You can also choose to cook the brisket in the oven, on the grill, or by steaming in boiling water. I decided to cook our thawed Smoked Brisket in the oven. After 45 minutes in a 300F oven, the brisket emerged piping hot and tender. I was amazed at how well the mesquite flavor permeated every bite of meat. This brisket would also be delicious in a sandwich!

Davila’s BBQ house made sausages are their signature item. These hand-linked beef sausages are seasoned, slow-smoked, and fully cooked in a natural Pork Casing. To heat up the Davila’s Beef Hot Links, you just place the unopened bag of links into a large pot of boiling water for 15-20 minutes. When they’re done, you can finish them with Raul Davila’s Sr.’s secret weapon rub spice blend – Davila’s Dry Rub Spice.

Davila’s BBQ Spice Rub is a bold combination of salt, pepper, and paprika. It definitely adds an extra punch of flavor to anything it’s sprinkled on. The hot links had their own “built-in” heat, so I did use any of the BBQ Rub. Extremely tender after being cooked, these sausages offered a complex flavor that balanced the heat with the BBQ.

Finally, we cooked up Davila’s BBQ Mesquite Ribs. They offer both pork ribs and lamb ribs. In fact, these ribs were part of Adrian Davila’s win on the Food Network’s BBQ Blitz show! Our sampler had Davila’s Mesquite BBQ Pork Ribs. To heat up the ribs, I wrapped them in foil and heated them in a preheated 275F oven for 45-60 minutes. The smokiness of the steam that hits you in the face when you first open the foil-wrapped ribs smells so good. And the actual flavor of the ribs matched the aroma. Every bit was tender and had a very present, but not overwhelming mesquite flavor.

I sprinkled some of the Davila’s BBQ rub on a couple of pieces and it definitely amps up the heat. But the ribs were also seasoned perfectly and I ate the rest without spice rub.

Davila’s BBQ delivery was outstanding. The technique and skill that went into cooking and smoking these meets were apparent with every flavorful bite. Beyond the meats we sampled, Davila’s BBQ also offers Mesquite Smoked Burger Patties, Mesquite Smoked Turkey, and Mesquite Smoked Chicken Wings! Davila’s BBQ is definitely something we’ll be ordering again in the future, especially when we have a hankering for some good, authentic Texas BBQ.

Another thing I really like is that the meats are vacuum-sealed and flash frozen. This means I can stock up on my favorite meats and keep them in the freezer (for up to 6 months) to enjoy.

And of course, the fact that Davila’s BBQ is available for delivery nationwide means that I can enjoy authentic Mesquite BBQ whenever I want! (Which is especially nice since most meal delivery services don’t deliver to my house!)

If you’re looking to enjoy delicious Texas BBQ, I encourage you to consider trying Davila’s BBQ!

How to Buy Davila’s BBQ

There are two ways to enjoy Davila’s BBQ. The first is to visit the Davila’s BBQ Restaurant in Sequin, Texas. However, for most of us, the easiest and best way to get Davila’s BBQ is by ordering online from GoldBelly.

On GoldBelly, you can buy a variety of Davila’s BBQ’s delicious meats, including their Mesquite Smoked Pork, Texas Hot Links, and Mesquite Smoked Brisket. Prices start at $89 and meats can serve from 6-18+ people. They even offer Mesquite Smoked Chicken Wings party platters!

For a limited time, get $25 off your first Goldbelly order of $50 or more when you sign-up for Goldbelly using my referral link! SIGN UP HERE

This means you can save $25 off your first order of Davila’s BBQ on Goldbelly – YUM!

No, I strike a blow to my body and make it my slave so that after I have preached to others, I myself will not be disqualified for the prize.
1 Corinthians 9:27 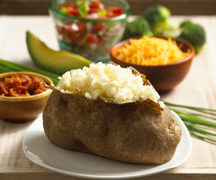