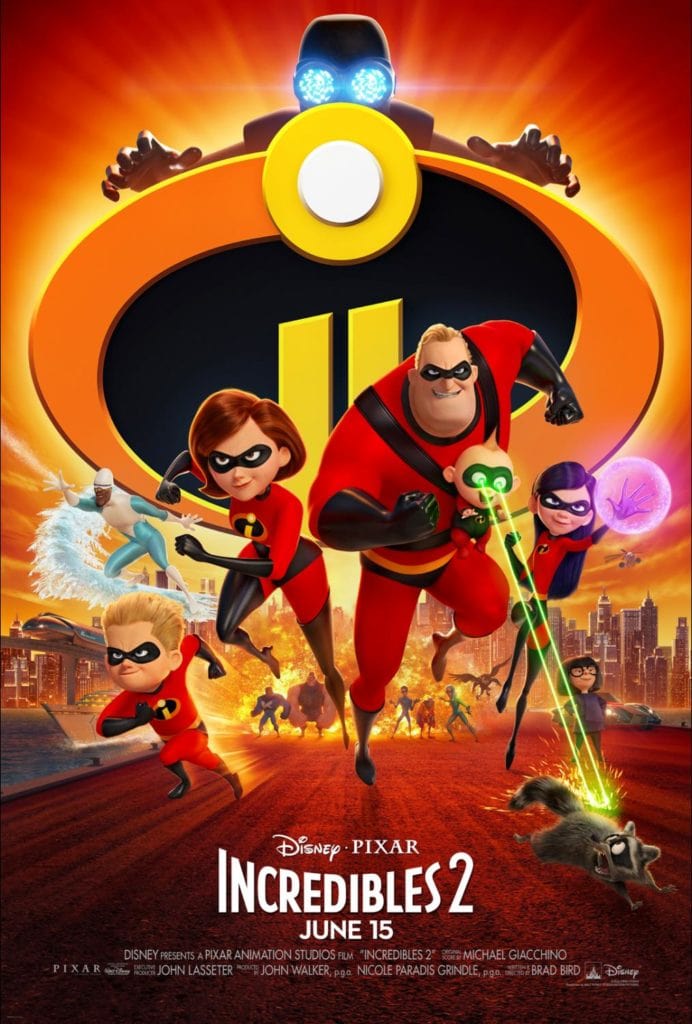 Incredibles 2 is the long awaited sequel—it’s been fourteen years!–to the blockbuster hit: The Incredibles. From Walt Disney Studios Motion Pictures and Pixar, and directed by Brad Bird, the all-star cast returns as the Incredible family comes out of forced retirement, because being a superhero is illegal. It’s available in several digital formats, including IMAX.

The Incredible family is living a normal life, incognito as the Parr family. While they’re supposed to be avoiding any superhero activity, they can’t help trying to foil a bank robbery by Underminer (the requisite appearance by John Ratzenberger). In the quest to stop him, their actions, combined with those of Frozone, create a lot of infrastructure damage. Authorities would rather let criminals get away than have superheroes saving the world. The Incredible family is taken to a hotel, and they have two weeks to find a new line of work and a new home, the “Super Relocation” program is being shut down.

Frozone is contacted by Devtech and asked to bring Helen/Elastigirl and Bob/Mr. Incredible to a secret meeting. Devtech’s brother-sister team wants to legalize superheroes, and they have a plan to bring together world leaders if the plan works. Helen/Elastigirl is chosen for the mission as she causes the least destruction in her heroics. Sent to New Urbrem to find crime to fight, her new custom suit has a high tech camera to help her find culprits in the act. Saving a train from a malfunction caused by a new foe, Screenslaver, is the first deed on the journey to get the superheroes legalized. 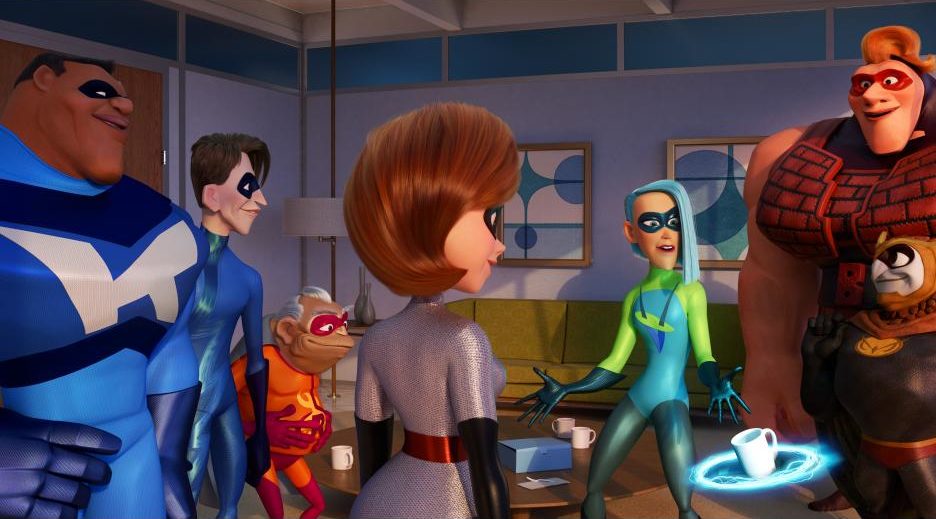 At the same time, Bob/Mr. Incredible is caring for the family in a fancy home supplied by Devtech. Being the dad in charge of the family is stressful, especially when Jack-Jack’s powers emerge. Keeping up with him becomes a full-time job, plus helping Dash with homework, and dealing with the teenage angst of Violet. Jack-Jack’s multiple powers are out of control since he’s a baby, and there are a lot of crazy and entertaining high jinks involving a raccoon and other situations. At his wits’ end, Bob takes the baby to Edna for help. She designs a special baby-friendly suit for him and is suddenly in love with babies.

After Elastigirl saves the Ambassador’s life, a world-wide gathering of leaders is planned by the brother-sister team of Devtech to officially legalize superheroes. There’s a whole new group of superheroes introduced with a lot of odd superpowers. Elastigirl becomes suspicious of the Devtech siblings, and she is immobilized after realizing the truth about one of them in relation to Screenslaver. It’s up to Mr. Incredible and Frozone, plus the Incredible kids to help save the world. Everything seems topsy-turvy, and it’s hard to know who is a superhero and who isn’t. Capers ensue in a battle to save New Urbrem and the world while taking down the evil Devtech sibling.

The movie is fast-paced, full of action, and very entertaining. Fun Sixties-style spy movie music fills the background and adds to the enjoyment of the film. This movie is family-friendly and has a Certified Fresh rating on Rotten Tomatoes. The perfect night out for family enjoyment, Incredibles 2 will be a favorite for years to come. It was worth the fourteen year wait!

Incredibles 2 is now playing in theatres everywhere. Let us know if you’re excited to see the movie or what you thought of it if you’ve already seen it!

The Lord is a refuge for the oppressed, a stronghold in times of trouble.
Psalm 9:9 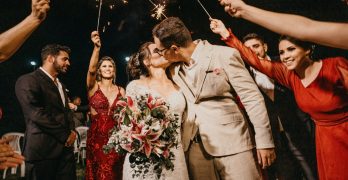 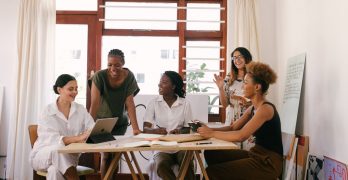