Return to Top
You are here: Home / Reviews / Learning My Times Tables with Ice Cream

I learned to very important lessons during the summer of 198-something. 1) I had memorized my times tables up to 24 and 2) Ice cream is a powerful persuader. I don’t recall exactly how young I was when I learned this lesson, but I do know that I can still tell you that 16×16 is 196 without breaking a sweat.

It was summer and I was attending summer school at a nearby elementary school. While there was plenty of time for us to play, the principal there still wanted to encourage us to keep learning. She had a special plan in place. Every child that memorized their times tables from 1 to 12 would get a scoop of ice cream. Now, as anyone who was once a kid knows, when you’re young, you definitely want that ice cream. Especially when it’s hot. I went home and over the next few days, I practiced and practiced, memorizing my times tables so that one day, I stood in front of the principal’s desk and answered every times table question correctly. 11×12 – 132. 9×9 – 81. I was on fire and I earned my ice cream – a scoop of mint chocolate chip. Math never tasted so good…. Until I was offered the next challenge.

If I learned my times tables 13 through 24, I would get TWO scoops of ice cream. Two scoops! Is it possible for a kid to be so lucky as to get TWO scoops of ice cream in school? I didn’t even have to eat vegetables first. The next week I studied and I studied until I was ready to face the challenge. Again, I stood in front of the principal’s desk, and as she shot out questions -13×13, 22×22. I answered them all. Each and every question I answered correctly. 15 minutes later, I was enjoying my two scoops of ice cream – one scoop of rainbow sherbet and one scoop of mint chocolate chip.

That was probably the most fun I’d ever had learning math. Now, I can appreciate the lessons (and times tables) that I learned thanks to ice cream.

While times may have changed a lot since I was younger, one thing remains the same. Ice cream is a great “motivator.” Every time I have a scoop of ice cream or enjoy a Popsicle, it feels like I’m rewarding myself. For what? It doesn’t really matter. 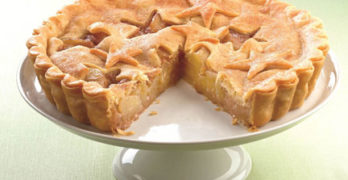