Return to Top
You are here: Home / Reviews / Mary Poppins Returns is “Practically Perfect in Every Way” – Now Playing in Theaters Everywhere 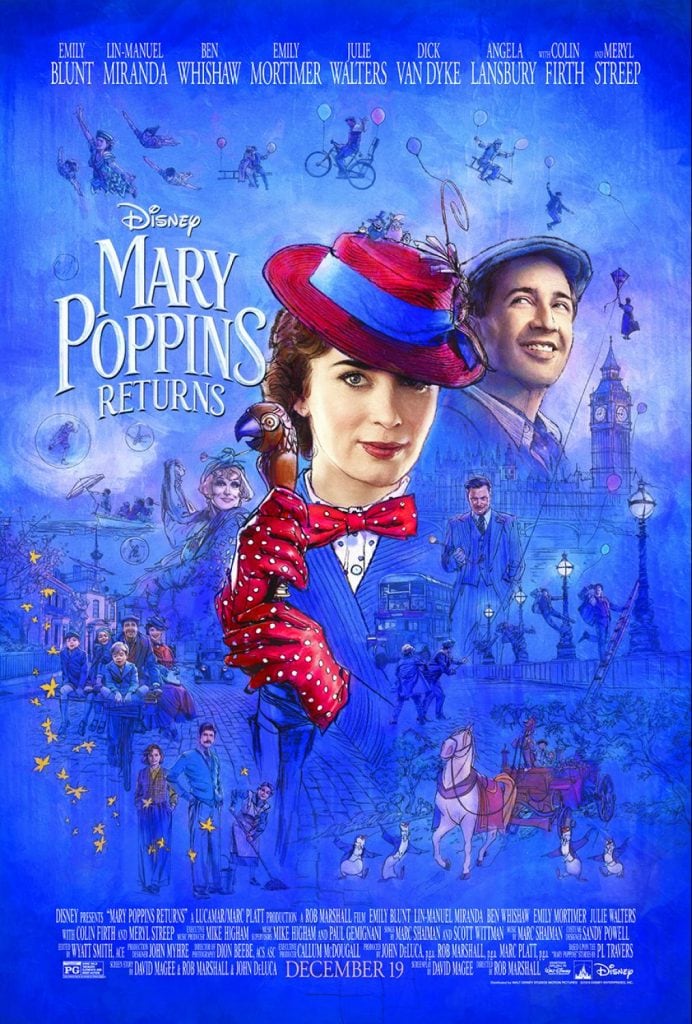 Mary Poppins Returns from Walt Disney Studios Motion Pictures arrives just in time for Christmas. Rated PG, it’s a live-action musical with an all-star cast and directed by Rob Marshall. Based on the series of books from P.L. Travers, this movie sequel is set two decades after the first–during the Great Slump, a term for the Great Depression in Great Britain.

Now grown, the original Banks children are muddling through life. Jane is an activist for the working class and she helps her brother, Michael, with his family. Michael, an artist forced to work at the bank where his father had worked, is a widower with three children. Behind on bills, Michael is threated with foreclosure unless he can come up with the full amount due on his loan.  With three precocious children to feed, he’s feeling hopeless, especially when he can’t find the bank shares left to him by his father.  Losing the family home on 17 Cherry Tree Lane feels inevitable.

Left to their own devices, the children fly a kite during a sudden wind gust which brings Mary Poppins tethered to the kite. Suddenly, things liven up at home. Mary Poppins, and her brand of magic and view on life, brings adventures in baths which lead to another world, a vaudeville show in a Royal Doulton bowl, meeting her crazy cousin Topsy, and fun traversing London with a leery named Jack. With the guidance of Mary Poppins, the children go up against an evil banker, and they help find the missing pieces to the puzzle needed to help their family and save their home. 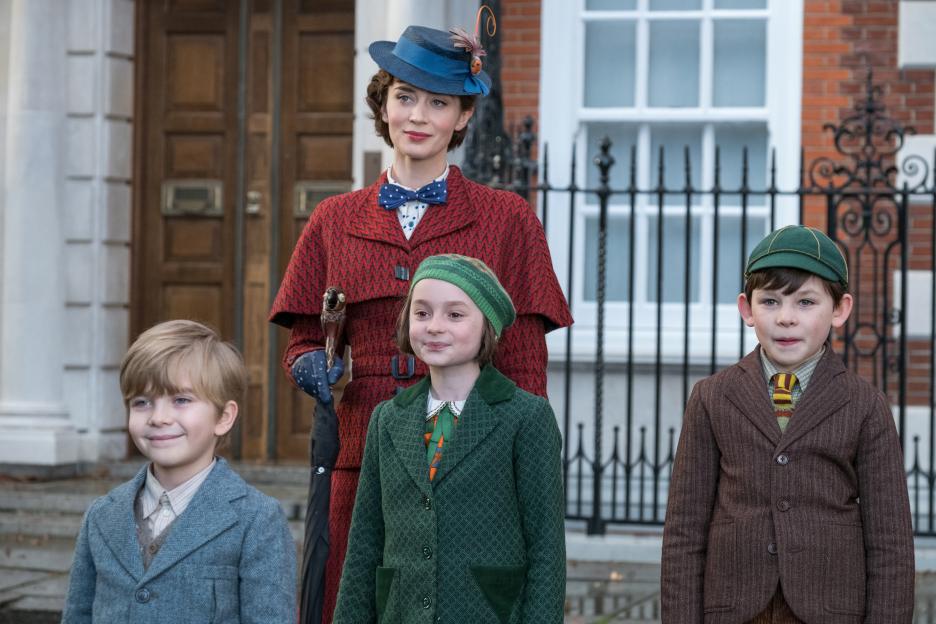 The musical scores are original and help segue from scene to scene with the words of the songs meaningful to the story. An homage to the era of the Hollywood musicals, this movie will give you the nostalgia of the original movie with the live-action animation, wonderful song and dance scenes, and witty dialogue. The movie is engaging, delightful, and perfect for all ages. “Trip a Little Light Fantastic” is a fabulous musical scene and a nod to the original Mary Poppins movie using the street lamplighters to help shed light and life into the world. 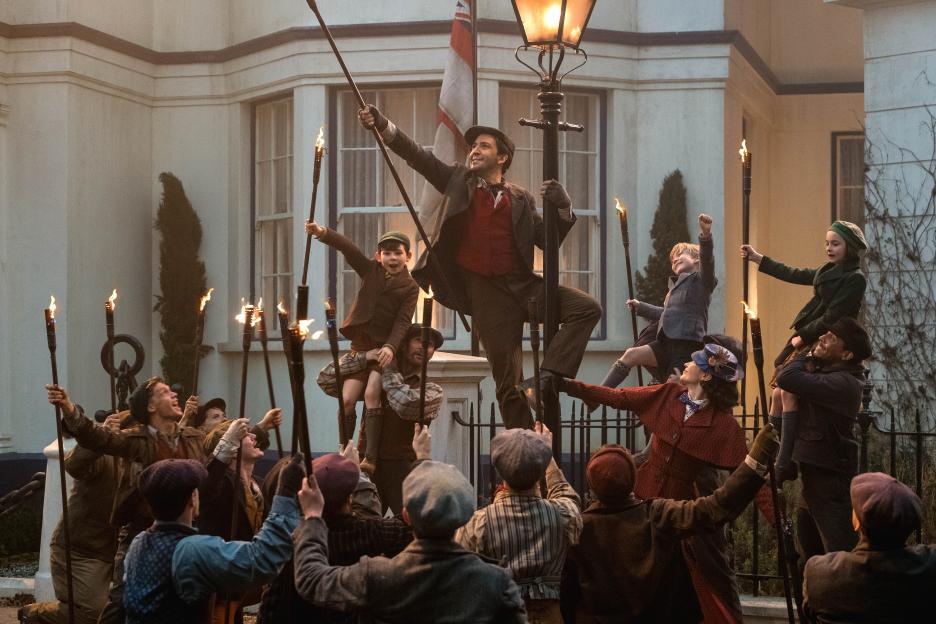 With cameos from Dick Van Dyke and Angela Lansbury bringing characters from the original movie and books into Mary Poppins Returns, plus snippets from the original songs and the occasional repartee, the entertainment is non-stop. When all is right with the family, Mary Poppins leaves the same way she came in—on a gust of wind. The family has found joy again and their world is full of light and laughter. In the words of Mary Poppins, this movie is “practically perfect in every way” for this holiday season. 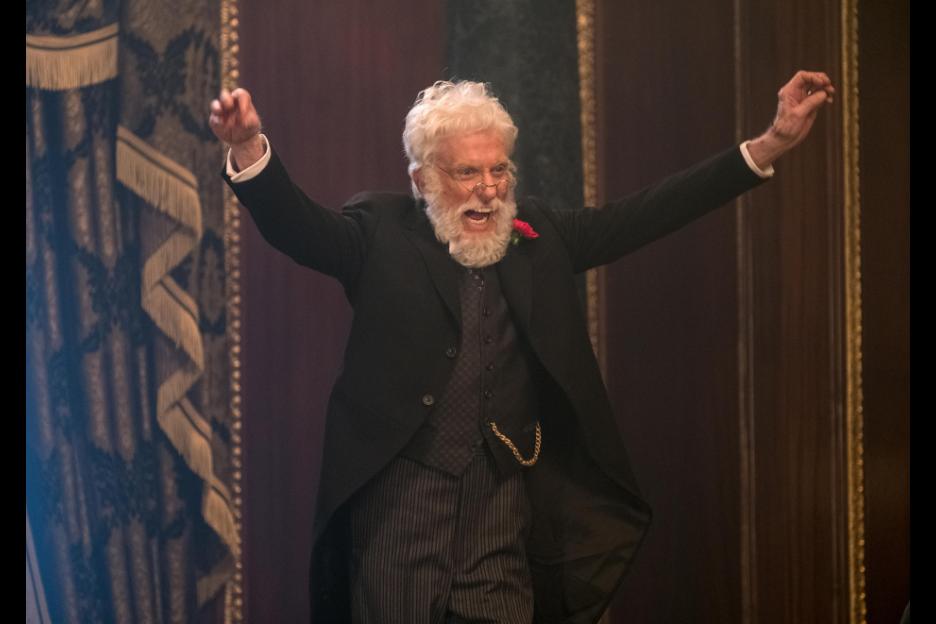 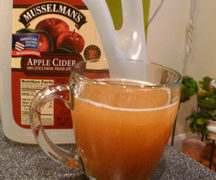