Technology seems to come and go like a flash. No sooner do you purchase one expensive electronics device, than another one comes along with even more gidgets and gizmos to make your newly purchased item obsolete. Having a cell phone that is over a year old – especially with so many “free phone with contract” offers seems like a rarity. So with my “ancient” phone on the charger (again), I decided to research the Motorola Droid Bionic.

After doing a little research online, there were lots of things the Motorola Bionic had going for it. First, there was it’s big, beautiful screen – so pretty and unscratched by car keys or spare change. Then there was the front and rear facing cameras – a feature you might not appreciate until you try to take a picture of you and your best friend in front of Niagara Falls. (Which usually results in a great picture of the falls and your forehead.) Finally, there’s the 4G network. On 4G, that thing FLIES. Well, not really, but you’ll browse the internet faster than you would at many Wi-Fi spots. It was pretty speedy. When I browsed to the blog, it loaded up very quickly. Price-wise, as is typically with most cell phones, the newer phones are a little more expensive than the older phones. The Motorola Bionic comes in at $549 as a stand-alone phone. If you already have a cell phone plan or purchase the phone with a plan, the price drops significantly. The Motorola site and the in-store Verizon price were both down to $249, but the lowest price we found was on the Verizon Wireless website, where the phone was just $199.99. As a special offer, if you want to buy the phone now, you can get free 2-day shipping if you purchase with this link. Overall, I thought that the Motorola Bionic had all the features that a socially connected mobile phone user would want – fast and easy access to social media networks; an 8MP camera to take pictures or videos of yourself or your friends; and a nice large touchscreen for easy typing and browsing.

You can follow my research process for the Motorola Bionic in this photo album.

Disclaimer: This shop has been compensated as part of a social shopper insights study for Collective Bias. All opinions are my own. 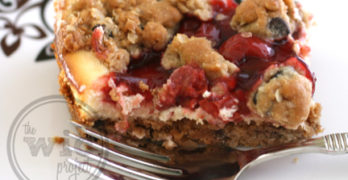