I attended a free screening in exchange for my honest opinion.

King Richard, a film from Warner Bros. Pictures, follows the life of Richard Williams and tells the story of the early years of the careers of Venus and Serena Williams. Starring Will Smith as “King Richard,” it’s rated PG-13. It will release in theaters and on HBO MAX.

Richard “King Richard” Williams grew up in the Jim Crow South and endured the racism and bigotry of those years. Raising his family with his then-wife, Oracene, in Compton, he wanted more for his daughters and he had a plan: Venus and Serena were going to be stars in the tennis world. The best. He and his wife, both athletes, believed in his vision, and Richard was always trying to get the attention of big-name coaches to give his daughters a chance. He trained his daughters himself, taking it seriously that they were going to be the best.

Knowing his daughters would have to work harder and play better because they were Black, he instilled a strong work ethic in all of his daughters, not just Venus and Serena. Black players were rare in tennis, and successful ones even harder to find. No matter how many doors Richard knocked on, calls he made, and presentations he gave, he was determined his plan would come to fruition.

Pushing the girls to be the best, he managed to get Venus a coach for free, but Serena was left to be trained by their mom. Richard allowed his daughters to have a say in their training, and he also made sure they went to school and did well, and they had down time, too.

When the girls started playing in competitions, they did really well, Venus was 63-0, and they caught the attention of others. He was finally able to move them out of Compton, and that led them to Florida for an amazing training program which would eventually allow Venus to turn professional at 14.

While the King Richard movie is named for Richard and focuses a lot on his unusual coaching and training methods, the story also revolves around Venus and Serena, and their shared goals to be the best players in the tennis world. It’s an inspiring movie which shows Richard never giving up on the vision he had for his daughters, and they in turn did become the best tennis players, and are listed among the best athletes in the world. Venus and Serena, as Black athletes, had to play harder for acceptance, and they had to work harder against racism and the resistance of those who didn’t believe they could do it.

No matter how unconventional King Richard’s plans were for his daughters, Venus and Serena believed and persevered to make their dreams come true. King Richard is more than Richard’s plan, it’s about family, believing one can achieve their dreams through hard work, fighting racism, and they can overcome seemingly impossible obstacles to become the greatest in their sport, and two of the most powerful women in the world. I highly recommend King Richard as a must-see film.

Watch King Richard in theaters and on HBO starting November 19, 2021. 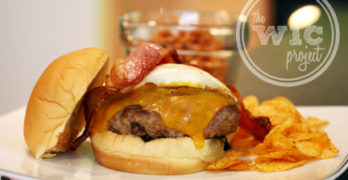 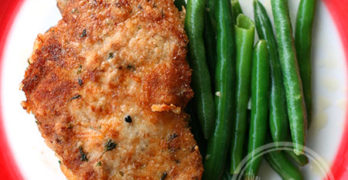