Storks is a 3D animated adventure comedy from Warner Bros. Pictures. It’s rated PG and a fun family movie for all ages. With an all-star cast and a wonderful storyline, it’s a heartwarming and adorable tale.

Storks used to be in the baby delivery business, but now they deliver packages for a huge corporation, Cornerstore. Hunter, the current boss about to get his own promotion, informs Junior he’ll get the promotion to BOSS with one caveat, he must fire Tulip, the one human the storks weren’t able to deliver because of a mishap eighteen years ago. Junior has one weekend.

Junior is unable to fire Tulip due to her endearing personality, so he “liberates” her by banishing her to the non-existent letter answering area of the abandoned Baby Factory. At the same time, Nate, a lonely boy wants a little brother—with ninja skills. His parents are so obsessed with their 24/7 realty business, they’re missing out on Nate’s life. Nate goes into the attic and finds an old ad for the Stork business and sends in a letter to the same factory. That letter starts the chain of events and adventure.

When the letter arrives at Stork Mountain, Tulip can’t avoid being helpful. Just as Junior arrives to check on her, he discovers what she has. She puts the letter in the wrong slot and a baby is created before Junior can stop her. They have to deliver the baby before Hunter finds out. Unfortunately, Pigeon Toady figures out what they’re up to, so it’s a race against time and other events to get the baby girl delivered. They escape using a flying craft Tulip created in hopes of finding her own family.

Simultaneously, Nate starts readying the house for his baby brother. His father joins him and has fun! Together they create a target on their house. Eventually, his mom joins in, and the family project turns into a crazy wonderland of fun. Meanwhile, Junior and Tulip meet a pack of wolves. Mayhem ensues in attempts to deliver the baby girl who has been dubbed Diamond Destiny.

Tulip also has dreams of being reunited with her own family. Hunter is out to stop them. A whirlwind of exciting mishaps and exploits happen along the way to evade Hunter, the wolves, and a crazy stork named Jasper on the road to deliver the baby. In the end, Jasper is the ally needed to not only help them deliver the baby, but he also has the remnants to the beacon needed to unite Tulip with her family. Initially, Nate is disappointed to find the baby is a girl, not a boy, but upon realizing her “ninja” skills, he’s on board. Tulip’s reunion with her family is very touching.

The theme of friendship and family will bring everyone together for an evening’s enjoyment while the 3D-effects create great visual images. The soundtrack is reminiscent of an animated musical with songs from decades past and current hits. Storks is full of cuteness, fun antics, and delivers, pun intended, in great entertainment for the whole family.

Guide me in your truth and teach me, for you are God my Savior, and my hope is in you all day long.
Psalm 25:5 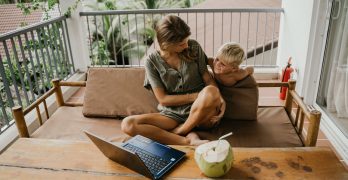 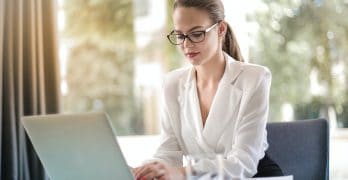 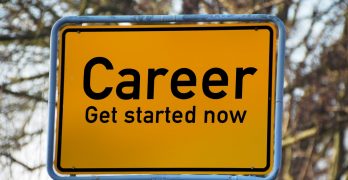