Is there anything stinkier than musty old workout gear that has been sitting around for days, getting funkier and funkier by the minute? You can sniff around your laundry room for days trying to figure out what that smell is, only to find a dirty workout towel that had fallen behind the washing machine. Wouldn’t it be great if there was workout gear and equipment that worked to combat odors as much as I do? Well, it turns out there is – SilverSport.

SilverSport is the cutting edge solution to creating a clean work out.

Every SilverSport product employs Terra Silver to keep its surface clean. Using state of the art nanotechnology, Terra Silver releases silver ions which bind to and naturally eliminate odor-causing bacteria, without using harsh chemicals. The silver we use is EPA registered and OEKO-TEX™ approved.

Let’s start off by saying that the SilverSport Fitness Silver Towel is probably the softest workout towel I’ve ever felt. The towel is made of viscose bamboo (yay for sustainable materials!) and is very, VERY soft and is super absorbant. One side of the Silver Towel has the soft, wiping material, while the back side is embroidered with non-skid threading. This is perfect for using on treadmills or stairmasters because you can hang the towel on the bar in front of you and you won’t need to worry about the towel sliding off the machine mid-workout. But let’s get into what makes the SilverSport Silver Towel so special – the anti-microbial silver technology which helps to reduce odors caused by bacteria. You may not have known that silver actually has excellent anti-microbial effects – dating back to the early 20th century. It was even used to help prevent infections in WWI before there were antibiotics! And you know what causes your workout gear to smell? Bacteria that feast on your sweat and multiple, creating stinky clothes and stinky towels. So it makes perfect sense that to help reduce smells, you can utlize silver’s natural anti-microbial properties. That’s exactly what SilverSport is doing with their Terra Silver:

The nanosilver particles incorporated into all SilverSport products are activated by moisture, such as sweat or water. Once activated, the product begins releasing silver ions, which immediately start eliminating odor-causing bacteria on contact.

With the promise of a fresher, smelling workout on the horizon, we put the SilverSport Fitness Silver Towel to the test. But not with just a regular workout. Oh no. The nearby gym is too clean – not nearly dirty enough to ensure that a sweaty towel will pick up bacteria. We did it one better. We moved furniture. Imagine loading and unloading an entire truck of furniture. Lifting, heaving, walking. It’s a complete full-body workout, and one that gets you dripping with sweat almost instantly. Our tester had the SilverSport Silver Towel on hand and used it to mop his brow and neck for the entire move. This tested the absorbency of the towel – could it soak up an entire move-worth of sweat? Yes. It soaked up all of the sweat wonderfully. (I never thought I’d be saying an sentence like that…haha!)

The SilverSport Silver Towel is available in two sizes – 20″x30″ and 20″x60″ and can be purchased at Dick’s Sporting Goods along with their other silver products, including the SilverMat, SilverShaper, and Prenatal Fit Kit with SilverMat at prices starting at $34.99.

He is the Rock, his works are perfect, and all his ways are just. A faithful God who does no wrong, upright and just is he.
Deuteronomy 32:4 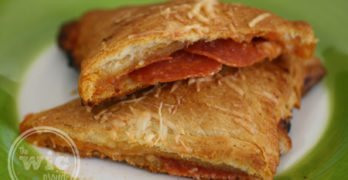