Return to Top
You are here: Home / Reviews / Steer into Fun for Everyone with SpongeBob Squarepants Bikini Bottom 500 TV Motion Video Game 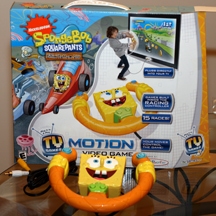 Wouldn’t it be great if you could play a video game without requiring a $200 console, $40 controllers, and $50 per game? Or how about a fun game that doesn’t seem to require and advanced degree in button pressing in order to get to the next level? I still remember when there were controllers that just had an arrow pad and A & B buttons.

JAKKS Pacific has launched a new line of video games called TV Games Motion that help bring back the easy enjoyment of video games. These are Plug It In & Play video games that utilize accelerometer technology to create a fun and interactive video gaming experience. Essentially, playing these games is more than just pushing buttons, it recognizes the movements you make with the controller and it translates to motion in the game! The best part about this line of games? Each game  is under $3o and you don’t need a console. What makes the TV Games Motion games so great is that you’re ready to go simply by plugging in the controller. That means if you’re playing at home, visiting family, or even going on a trip – all you’ll need is the controller (and a TV), making it convenient for hotel rooms, flying, and traveling. 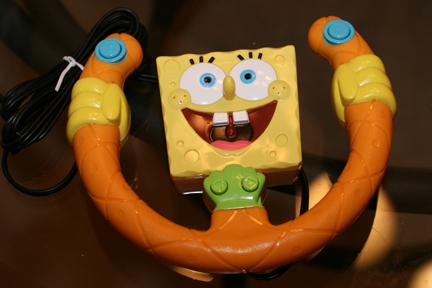 We tested out the SpongeBob SquarePants game – Bikini Bottom 500. This is a racing game and the controller is a steering wheel. In the game, you steer your racing car by turning the wheel. Just like in other games, you’re able to pick up ‘bonus’ gifts, such as a shield or or a speed boost. They also insert other challenges for you – such as ‘balancing’ or ‘pulling’ – which you’ll need to get through different parts of the race course. Even the repair shop requires you to get into motion by moving the wheel as if you’re hammering out dents or pumping up the tires. 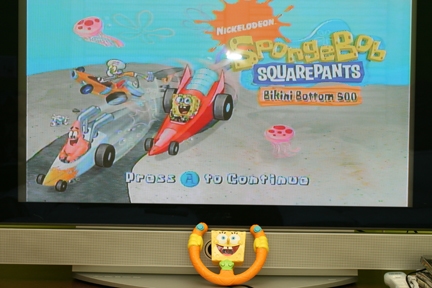 SpongeBob SquarePants Bikini Bottom 500 can save the game data of three different people through “drivers licenses”, which allows people to progress through the game, unlocking new levels with each win. There are a total of five different race courses with three rally races for each course. The races have you dodge obstacles such as rocks or electric jellyfish, while avoiding and racing other players and collecting coins. I love that there are two goals for each race – winning and collecting coins, so it’s a dual challenge. At the end of each race, you get a trophy which you can view in your display case later.

This is a fun and easy game to play. It’s rated for everyone, ages 5 and up – and it definitely is still fun for the ‘and up’ crowd. I insisted on doing three races before passing it over to the kids to play with. Hey – I had to test the game properly, right? We had kids ages 5, 8, 13, 29, and 35 playing the game and we all had a blast! I was impressed with the responsiveness of the steering wheel and the quality of graphics – which were better than what I expected. Comparing it to a 3D oriented high-end video game wouldn’t be fair, but for a fun kid’s game, the graphics are awesome.

SpongeBob SquarePants Bikini Bottom 500 is proof that fun video games don’t have to be expensive or complicated. This game and other TV Games Motion games including Toy Story, Spider-Man, and others are available in retailers nation-wide, as well as amazon.com.

Disclaimer: This post consists of my (and/or fellow tester) opinions only. No compensation was given for this review/giveaway. I did receive a free copy of SpongeBob SquarePants Bikini Bottom 500 from the company or their PR agency to use and test for the purposes of this review. This did not affect the outcome of this review. 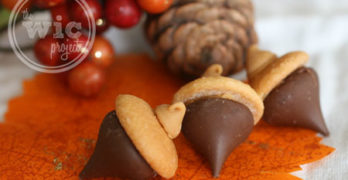