The Boss Baby: Family Business is the next comedy feature in The Boss Baby franchise from DreamWorks Animation, releasing in theaters and streaming on Peacock. While a sequel in the series, it works as a standalone. The all-star cast includes returning characters and new talent, including Alec Baldwin, James Marsden, Amy Sedaris, Eva Longoria, Jeff Goldblum, and more. It is rated PG.

The Templeton brothers from the original movie are adults now, Tim is an at-home dad to two girls and Ted is a hedge fund CEO. Tim’s oldest daughter Tabitha is an intelligent STEM girl at the Acorn Center school and Tina is a baby. Tabitha looks up to her successful uncle Ted, a workaholic. While Tim supports his daughter’s academic success, he still wants her to enjoy her childhood. He laments, “You’re only a kid once, once you grow up, you can’t go back.”

One night, baby Tina reveals she’s an undercover agent for Baby Corp, just like her dad and uncle were. She calls her uncle to their home and convinces Tim and Ted to drink a special baby formula that will turn them back into babies for 48 hours, just enough time to figure out what’s going on at the Acorn Center and the nefarious Dr. Armstrong. They tell Tim’s wife the brothers are going on a bonding adventure to explain their absence, just before Christmas and grandparents’ arrival, and Tim promises to be back in time for Tabitha’s solo at the holiday pageant.

With the help of the girls’ pony, plus the return of Wizzy the Wizard alarm clock, the brothers get to school to infiltrate and investigate. Tim is a same-age classmate of Tabitha, Marcos Lightspeed, and Ted is a baby sent to the daycare.  Seeing his daughter in class gives Tim insight into her abilities as a high-achieving student, though she frets over performing, and possibly failing, the solo. Ted manages to leave the daycare and discovers there are babies in the basement doing research and development, plus coding apps for Dr. Armstrong’s plot to control the world with babies.

Tim gets to see his family through the eyes of Marcos and appreciates everything in his family. With very little time left, Tim and Ted must work fast to expose Dr. Armstrong, who’s not all he seems. Using help from baby Tina, they need to deactivate the QT app (cutie photo app). It will take everything they have to get it done before it’s too late.

The movie has a message of friends and family and working together, because “together we stand.” There are some new arrangements of classic songs of the 70s and 80s in the movie which work with the storyline. While not a Christmas movie, it does take place at Christmastime, so watching could help you beat the heat. There’s even an Easter egg for Spirit Untamed—pay attention or you’ll miss it.

With the movie being PG, parents should be aware of some rude humor and a few words in the lyrics from classic songs may not be appropriate for very young children.

Overall, The Boss Baby: Family Business is a fun movie with madcap adventure and a theme of working together as friends and family to find solutions to overcome problems. In the end, family matters to the Templetons.

The Boss Baby: Family Business is in theaters and on Peacock on July 2, 2021

For in Christ Jesus neither circumcision nor uncircumcision has any value. The only thing that counts is faith expressing itself through love.
Galatians 5:6 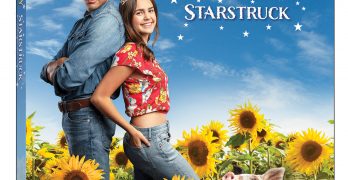 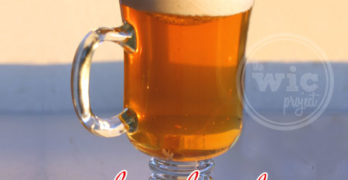