One of the benefits of assembling your meals at meal assembly kitchens like Dream Dinners, is that you’re able to control what & how much of an ingredient goes into your meal. For example – one of my favorite Dream Dinners is the Chicken Mirabella, and the recipe calls for olives. Since I’m not an olive fan, I just skip over that ingredient when I’m making the dish.

Some of the Dream Dinners recipes call for sauces or mixes that have either been made locally at the Dream Dinners store, such as their signature herb rub that is used with their Herb Crusted Flank Steak (a must try) or have been brought in from their food suppliers, such as marinara or alfredo sauce.

If you have any concerns with regards to ingredients in a meal, stores are usually very happy to help. You can ask them to check recipes and ingredient lists before ordering meals to ensure that any ingredients your are trying to avoid aren’t included in the meal. The Silver Spring store has an allergen watch blog that does a great job listing potential allergy inducing ingredients, such as dairy, nuts, and gluten. Since the availability of specific ingredient brands may vary from store to store, it’s always a good idea to call the store where you purchased your meal. Another option is to think of substitution options – such as using olive oil instead of milk, and even using chicken instead of pork.

What’s Cooking is happy to help with any questions you might have. You can also email the Dream Dinners Services team. 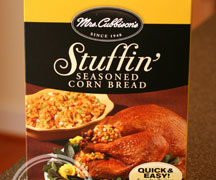